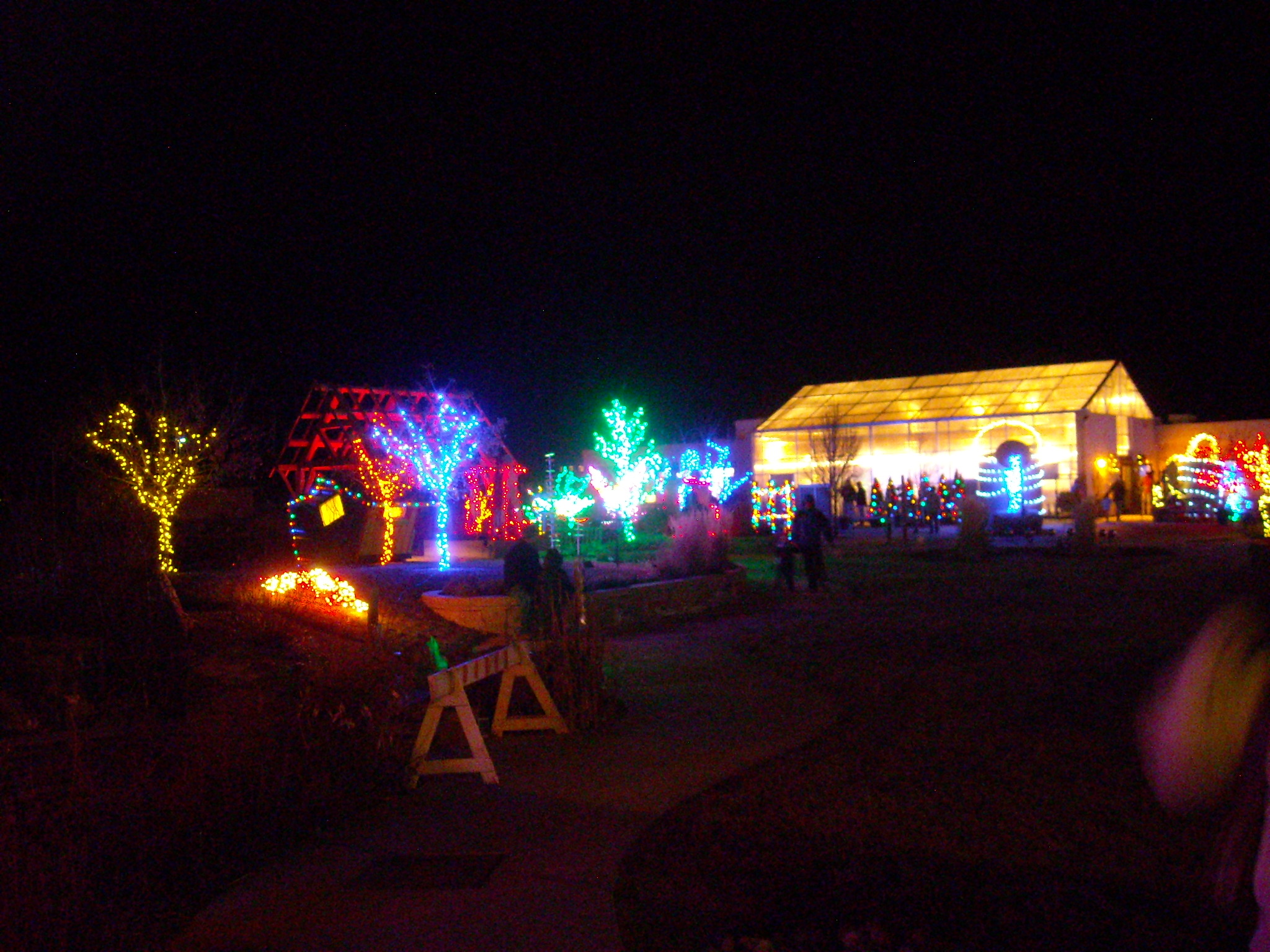 It is December, meaning that it is just about impossible to round a block in Fort Collins without encountering a house with more blinking LEDs than a video arcade or an inflatable snowman bigger than Shaquille O’Neal. Yet even Ebeneezer Scrooge would find it hard to resist the oft over-the-top festive displays here in the Fort, such as the one at the Gardens at Spring Creek dubbed “Garden of Lights.”

Leah, Faith, Lisa, Tori and I converged on this brightly lit parcel of trees, bushes, flowers and scarecrows that from afar resembled a digitized, abstract rendering of a grove of plants in the middle of the Mojave Desert. After enjoying apple cider and cookies while listening to a jazz band toot some holiday tunes, we went outside to marvel at the light displays (“look, that looks like a giant squash!”) and the Dr. Seuss House (a kid’s clubhouse constructed as a woodworking project by over-achieving high school students).

Of particular intrigue were the Sugar Plum Hairies. Yes, “Hairies” and not “Fairies,” although you could be excused for calling them the latter as they were dogs dressed up with fairy wings. Now if I was one of these dogs I would have bolted for the nearest doghouse in utter humiliation, but judging by how much these canines wagged their tongues and tails, you would have thought they never had so much fun since they found a bone in the backyard or got to take a leak on a fire hydrant.

Anyhow, the Sugar Plum Hairies did tricks such as rolling over like a log, crawling under “human bridges” (little kids doing downward dog as if they were doing an outdoor yoga class), and catching Scooby snacks mid-air. I’m actually not sure what kind of treats they were but I’m calling them Scooby snacks anyway. Never mind that if Scooby Doo was forced to wear fairy wings and do tricks in front of gawking kiddies and adults I’m sure he would have run away and hid quicker than you could say, “Scooby Doo, where are you?”

In any case, we had a great time and I was very glad that none of us said “bah, humbug” to what probably counts as the one thousandth over-the-top holiday display in our beloved town that is Fort Collins.