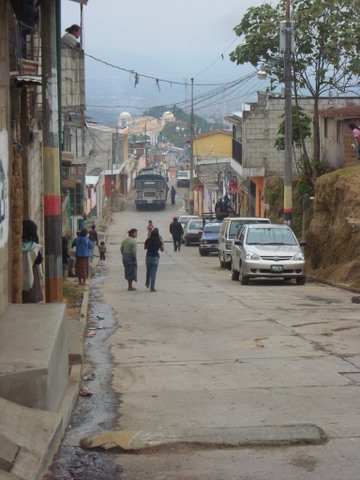 If it wasn’t already apparent from my previous posts, I had reservations about safety before (and during) my trip to Guatemala. That common and uncommon criminals seem to be able to misbehave with impunity here, committing 30 murders a week in the capital city alone, I was well aware that this wasn’t the most secure place in the world–enough that I even hastily revised my will just days before I departed to this Central American country.

But I probably had overweighted this threat in my mind among the possible ways to die or get hurt while volunteering in this country. By “possible,” I mean “much less far-fetched than jumping onto a curb and breaking your ankle” (which actually happened to a friend in the States). Below is a list of risky scenarios I managed to avoid or mitigate during my time in Guatemala or at Maya Pedal:

But enough of being morbid. I am happy and grateful to have come back from Guatemala alive and unharmed. And I suppose most of these things could feasibly occur anywhere in the world.

Well, except for the incidences with the chicken buses.

Glad that you made it back safely! Australia was much tamer and safer than what you described :) ↩Reply

Felix, glad that you are now safely home. I have been following you on Facebook and have been worrying for the last couple of days because I did not see any posting from you. After I have read this article on your website, I have felt so much relieved. I did not even want to mention to Dad about what I read on your facebook to double up his worry. You know all of us including your brothers love you dearly in our own unspeakable way. My worry was even heightened after reading Leah Hughes' description of what are the usual occurrences in Guatemala. Now I can talk freely with Dad about your narrow escape from all these possible or actual dangers.