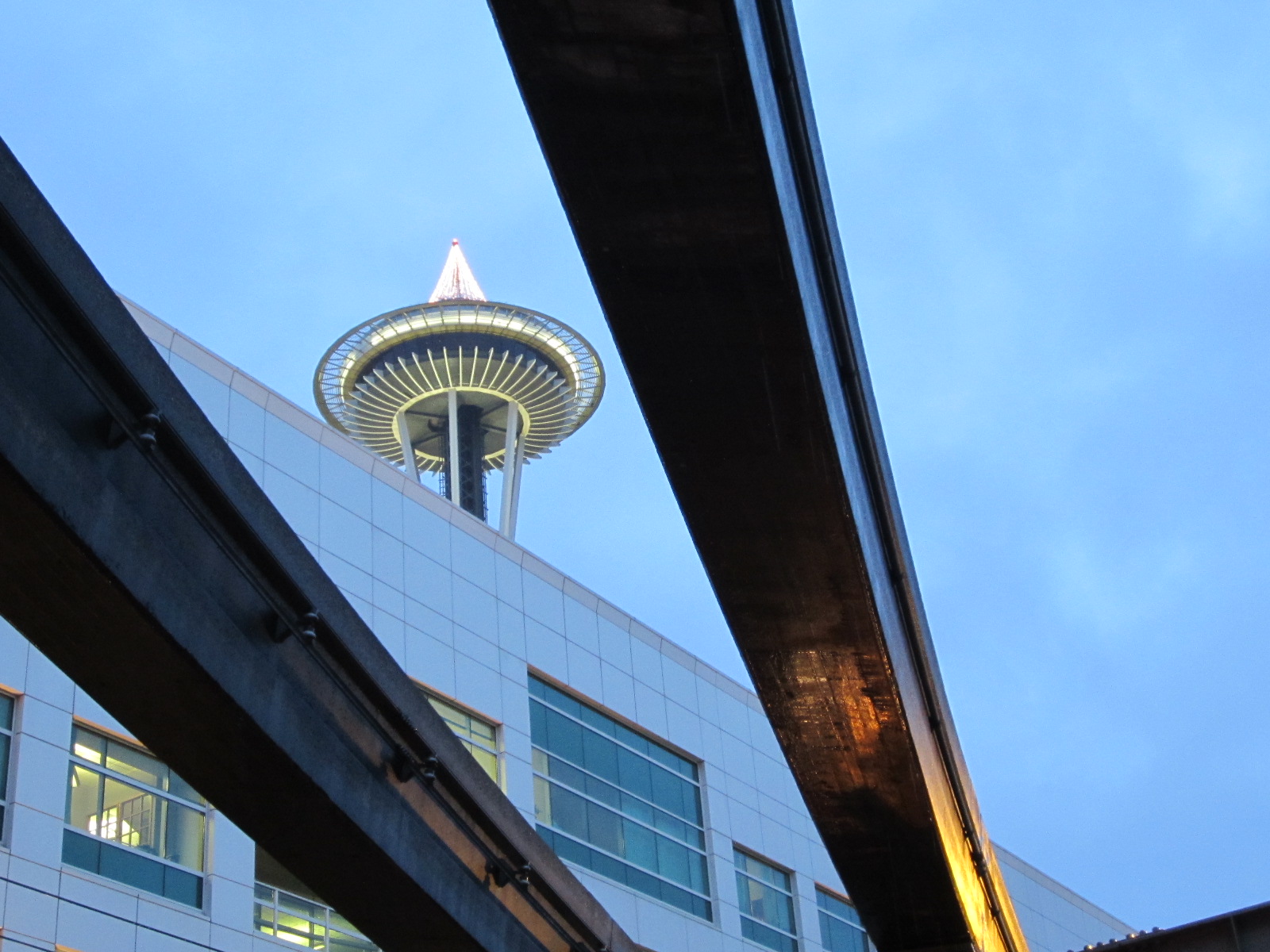 “Seattle doesn’t get that much rain.” I’ve read that on a number of websites that say there are at least 40 cities in the U.S. that get more precipitation than the Emerald City does. The implication, then, is that while Seattle has an unusual number of grey, overcast days, it mostly just drizzles there. Most residents, I’ve heard, don’t even bother to use umbrellas.

But I wouldn’t call the smattering of raindrops pelting my head shortly after landing at SeaTac a “drizzle.” And since the rain persisted well through the evening after I had lunch (Vietnamese cuisine) with Mehdi and a tour of his workplace, one of my first stops afterward was into a Walgreens to purchase my first umbrella in over eight years.

It was well worth it, keeping me dry during the 1.2-mile walk to the Space Needle from downtown. Then I ascended this marvelous World Fair monument to enjoy resplendent panoramic views of the city. If I had come here with anyone, I would have loved to just linger over a glass of wine. As it was, I stayed here for about 1.5 hours, enjoying the vistas and learning about the city through the educational table-sized touchscreens located on the observation level.

In addition to finally going up the Space Needle—the iconic structure that was first brought to my attention by Jessica Alba’s role as Max in the early 2000s TV show Dark Angel (she’d sit on top of its roof to ponder)—I got to do the following:

So despite the rain, it was a very enjoyable trip. And the sun and blue sky did make a cameo while I was driving down to the Lemay Museum in a little Fiat 500 rental car.