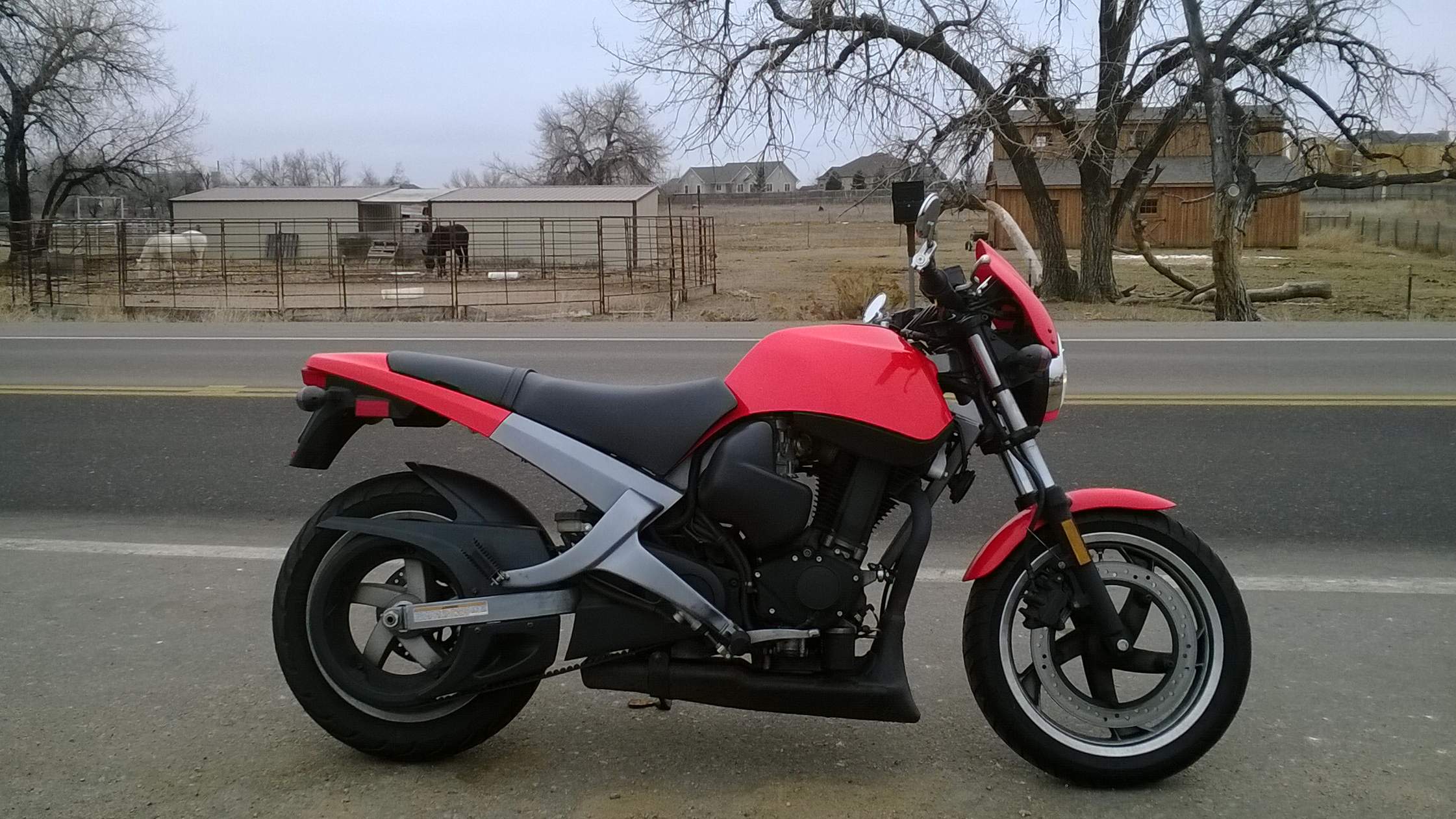 Bounding through the living room, I was feeling like the Michelin Man both in girth and mobility. But it wasn’t because I had gorged on a 40-pound bag of marshmallows (which my friend Charis assures me does exist) and suddenly caused my weight to rocket off the BMI charts. Rather, it was because I was wearing so much clothing and not because I had another furnace fiasco.

Why so many clothes, then? Well, I had to drop off a package at a post office drop box in order to get it to the recipient in time for the holidays. This was the type of quick, in-town errand I would normally do on my motorcycle. At least when it is not 17 degrees Fahrenheit like it was on this morning. But then I remembered what could officially be a northern state’s motto: “It’s never too cold, you just aren’t wearing enough.”

You can say that I fully tested that theory by wearing the following:

Then I hopped on the Buell and rode about eight miles total.

How was it? Once again—as in the case of the Spring Park 6k—gloves were the Achilles Heel. This time I was wearing liner gloves underneath insulated Gore-Tex five-finger gloves, which had the dexterity of a kitchen mitt but offered no more warmth than the heater in a vintage British sports car.

The helmet was another chink in the armor. Actually, it was doing a brilliant job of keeping my head and ears warm, but the face shield kept fogging up so I would have to crack it open a little. A partially open face shield offers about as much warmth to the nose and lips as holding up a mesh window screen to your face in a 50 mile-per-hour headwind.

On the whole, what I was wearing was enough to survive 17F weather on a motorcycle, but I was still a little cold. Guess I could stand to use a few more articles of clothing. Either that or gain more blubber like the Michelin Man. Never mind that the Buell rolls on Pirellis.