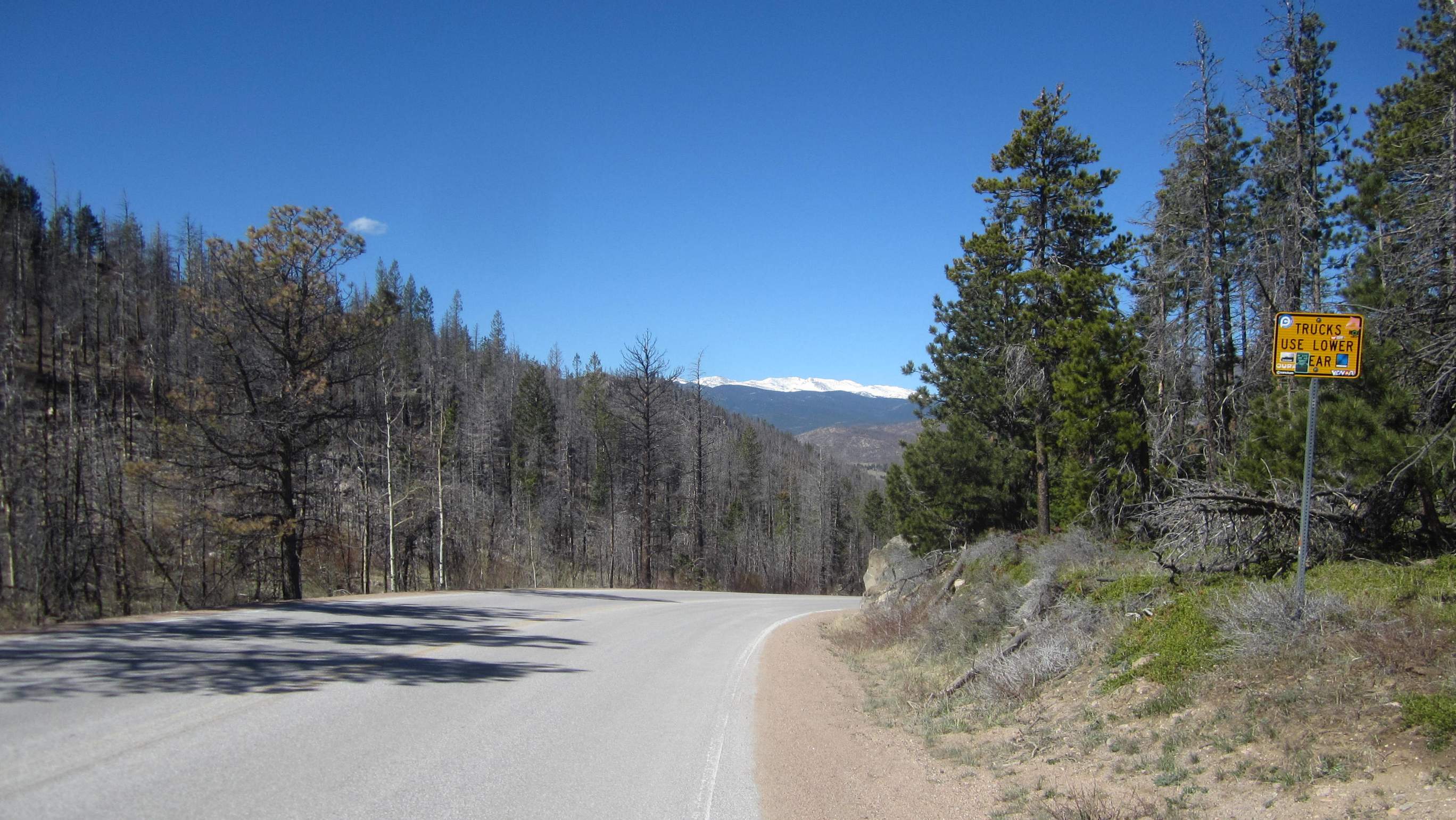 Twenty-four years. That is how much time has passed, plus three days, since I rode my very first century with a high school buddy, Ken. That pie in the sky adventure on two wheels was literally life changing as it served as a springboard to nearly a quarter-century of other ultra-endurance challenges, so what better reason than to go for a 100-mile training ride than to celebrate its anniversary?

Well, you could make the case that the Cinco de Mayo—in which the Mexican army handed France its first military defeat in nearly fifty years, which may have made the French less likely to aid the Confederacy in the American Civil War—and the need to get in the miles for longer cycling events coming up were excellent reasons too. Whatever the case, I rolled the red, classic Cannondale down the driveway a few minutes before 8 a.m. and headed towards the mountains, with Rist Canyon Road being the first significant climb of the day.

The weather couldn’t be more pleasant, featuring mild temperatures, plenty of sunshine and perfectly still air that was a most welcome change from the tumbleweed-bowling winds of March and April. My legs had been on the verge of overtraining the last few weeks so I tried to pedal the way up without exerting much more energy than if I had been strolling through a park. But Rist Canyon, with 11 miles of uphill that eventually tops out at 8000 feet, does not exactly permit riding with such feebleness. Both the lungs and quads were working near full capacity by the final mile of the climb.

From there it was smooth sailing with lots of time to enjoy the tranquility of the day. I passed by a road romantically named Patience Way; then past Masonville and Horsetooth Mountain Park, where I saw my friend Nick driving his banana-colored Xterra and hence gave him a hearty wave. I made a quick pit stop for a Pepsi at JJ’s Corner back in Fort Collins, and then another to refill the bike bottles with filtered water at my own house.

I didn’t linger long at home as I still had 18 miles to go to complete the century distance. Besides, sitting on a bicycle saddle and feeling the warmth of the sun seemed more appealing than being planted on the couch.

But the perfectness of the ride was suddenly interrupted 10 minutes later. While going up a short and not-so-steep hill, the chain snapped. Oof! I then jogged my memory and realized this unfortunate situation was actually my fault. When I installed and subsequently shortened (to the correct length) the new KMC chain a couple months ago, I was unable to undo the master link with my hands so I ended up pushing out—and pushing back in to reassemble—a chain pin with a chain breaker tool. That old method of separating a chain is to be avoided with today’s narrow 9-, 10- and 11-speed chains—you should instead disconnect the master link (e.g., SRAM PowerLink) instead—and I found out first hand why.

Fortunately, there was a chain tool in the saddle bag to reconnect the chain, so I was back on the road after 15 minutes to complete the ride. Despite pedaling at an easy pace most of the day, my body was a bit sore for a whole day afterward.

Speaking of after, I saw Ken the next day while visiting old high school friends in California. I forgot to mention the bike ride, but I already have it in mind to try to convince him to ride next year’s Delta Century in Stockton with me. Surely there is no better way to celebrate the 25th anniversary of our fateful ride, is there?