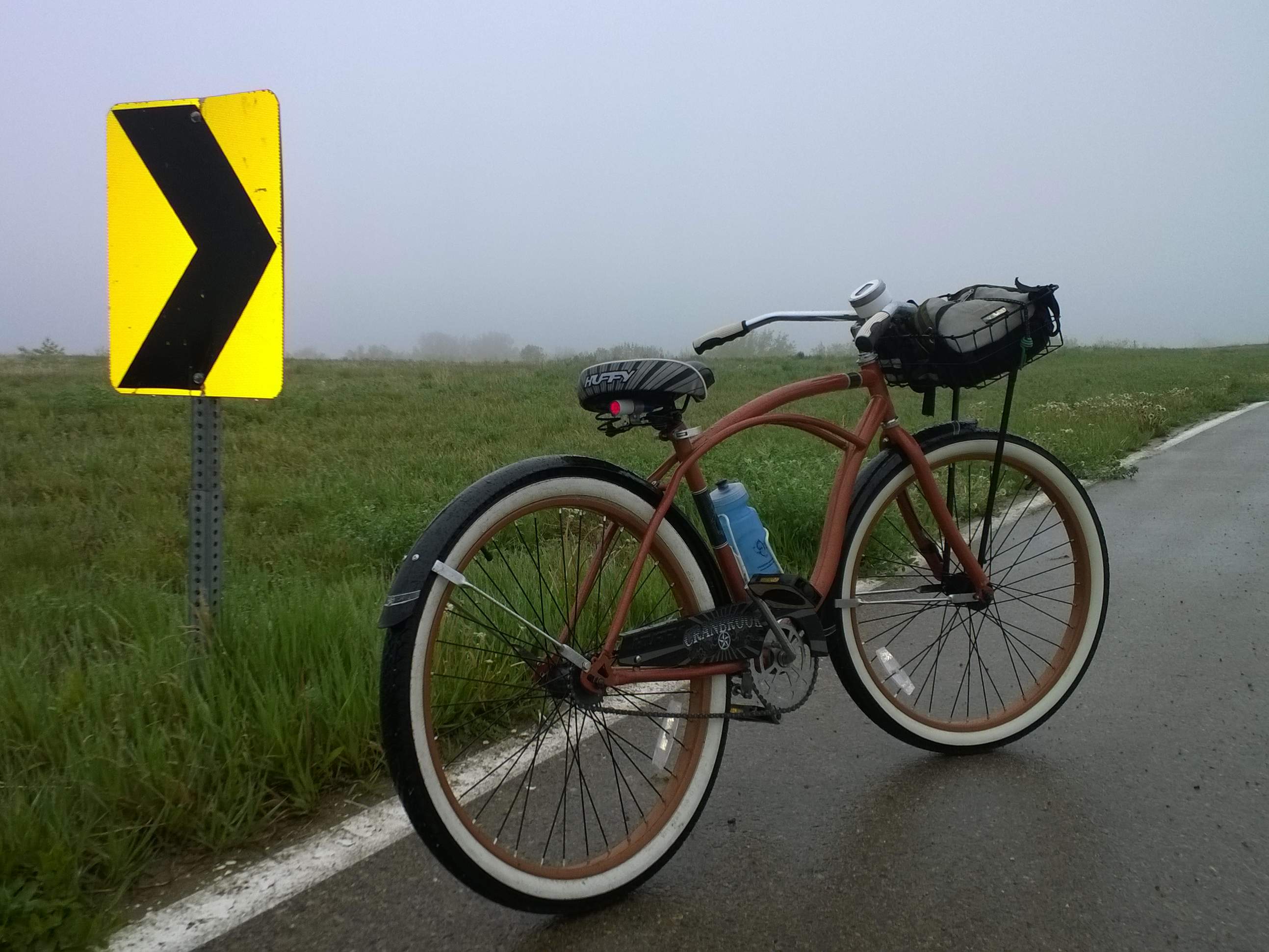 “This is actually my second favorite bike,” I’ve told a few people after they’ve asked me about the bronze cruiser made by Huffy Corporation.

Yes, of the six human-powered vehicles in the house—which includes a 15.0-lb carbon fiber aero wonder I dubbed the Super Bike, a hardtail mountain bike that was one of the original eight finishers of the 2,700-mile Tour Divide mountain bike race, a “magical” French classic that scaled 10 mountain passes in Death Valley and Southern California, and a racy red recumbent that has ridden a half-dozen centuries—this department store special is the one that brings me the most smiles per mile. The only bike ahead of it is my red Cannondale 3.0 that I’ve had since a few days before college and have gone on a multitude of memorable adventures with.

The 2012 Huffy Cranbrook, being the newest two-wheeled member of the garage, had yet to hit a couple milestones that the rest had already reached. The first is making a 200-mile pilgrimage to Walden and back. That may happen later this year if all goes as planned.

One thousand miles. Not bad for a bicycle that originally cost $88 brand new, including shipping to the front door. Even if you consider I’ve spent an additional $60 or so dollars on accessories during the five years since then—lights, basket, tubes, tires and Slime—that is good value on the dollar. We’re talking about $0.15/mile for those who are counting—and unlike for a car that represents total cost, including capital, not just running costs (like cost of fuel and maintenance per mile).

Indeed, it got me thinking the other day about the following question. What other material objects that cost less than $100 bring such utility and joy? Not many, I believe. Especially if we are considering only new goods in the retail market. Smartphones may come close—especially since they continue to drop in price while providing more and more features—and I could be swayed by arguments in favor of them right now (Moto G4 Play, anyone?) Anything else?

Please leave a comment if you have an opinion!

What makes the Huffster so enjoyable

An ideal canvas for the modder

Due to its low cost, the Huffy Cranbrook is a popular canvas for modding enthusiasts in the Rat Rod Bikes forums.

Cheaper today than five years ago?