What electronic gadgets will stand the test of time? Short answer: none of them. That is my conclusion after sorting through a box of plastic-and-circuit-board-filled crap that is waiting to be taken to the next Fort Collins E-Waste Recycling Day. In fact, now that I think of it, I don’t own a single electronic item that has lasted more than eight years.

Below is a list of gizmos waiting to be melted down and recycled into a future piece of consumer rubbish that will only give a few years of service:

These broken items validate my philosophy—that one should think of electronics as disposable commodities. Not only will they inevitably break after, say, 1-8 years, but they depreciate quicker than a Kia that had rolled into a ditch. (A prime example is the desktop computer I purchased new in 1997 for $1700, but had to give away for free in 2005 since no one would buy it for even $50.)

Therefore, I will continue my practice of buying used electronic equipment that has already depreciated to almost nothing, or new items that are super inexpensive to begin with. Some examples include the used Olympus camera and Palm PDA listed above, or the used Dell Latitude laptop I am typing this on that cost only $180 from Craigslist last year. I figure, if (when) they break, who cares—at such low cost, no big loss. This gives peace of mind.

My latest purchase (my first in a year) fits these criteria. It is a blatant knockoff of an iPod Shuffle and cost just $17 on eBay (new, including shipping). I plan to use it to listen to French language recordings while running. You may laugh and say there is no way something that cheap could possibly last more than a few years. But then again, what will? 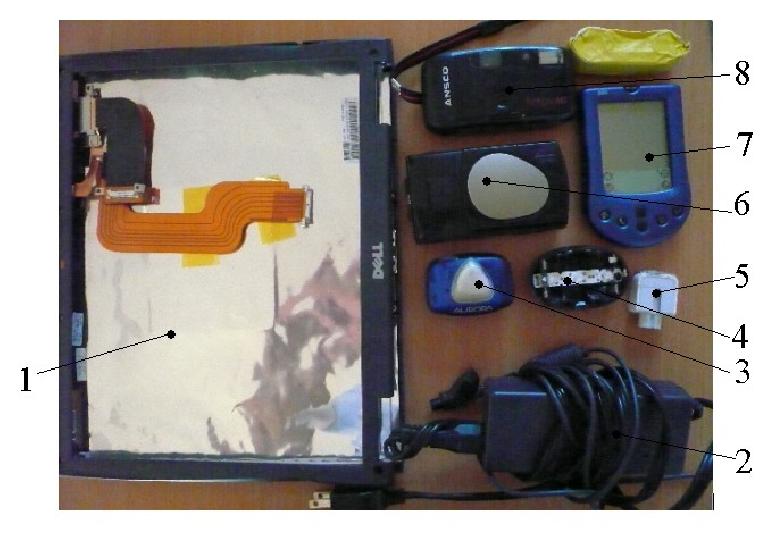