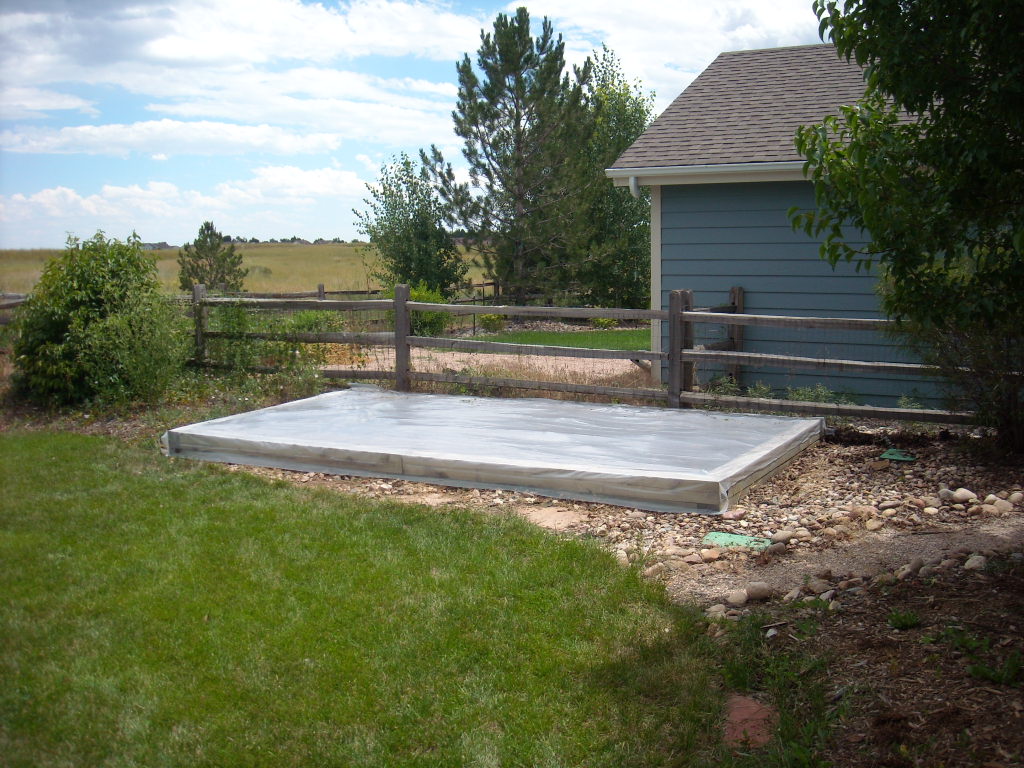 Everyone seems to have a household chore that he finds about as enjoyable as stabbing himself in the gut with a chopstick. In my case, it is not hauling out the trash, stripping the bed of its sheets and tossing them into the laundry machine, or even running around with a deafening vacuum cleaner while terrorizing the kitties.

Instead, my pet peeve is weed. No, not the smelly stoner sort of weed (although I’m definitely not a fan of that either), but rather the pernicious type that invades and takes over one’s yard like gophers with an extended family the size of Bin Laden’s. The type that demands pulling, digging, or doing something about lest the neighbors and passersby conclude that I am the biggest eyesore creator since the time some folks in the adjacent ‘hood propped an inflatable Martian on their lawn.

I may love Mother Nature, but I don’t particularly care to service and be her slave on a weekly basis. Quite frankly, I’d rather be spending my time designing mechanical objects, riding a bike or even writing a blog entry. Fortunately, in northern Colorado I always get a welcome reprieve from October through March when nothing grows, but the other months—particularly April and May—weeds are a thorn in my foot (often literally).

This is what I have tried for weed control so far:

All of these methods were about as effective and long-lasting as crossing my arms and high-knee marching around the yard while singing hymns and pleading for mercy from the Weed Gods, but much more expensive and time-consuming.

So my latest attempt? Soil solarization. In a nutshell, it is harnessing energy from the sun to roast all the weed seeds in the ground, and is completely chemical-free. It entails pulling all the weeds, moistening the ground, putting a 1-6 mil sheet of clear polyurethane on top of the area, and waiting 4-8 weeks. Ideally during the hottest months of the year, namely July and August.

I decided to try this technique first in my “garden,” which I put in quotes because during the 4.5 years I have lived here, it’s been nothing but a plot of unwanted brown and green leafy stalks that probably resembles the Amazon Forest to squirrels confused enough to venture into there.

My weeds there got so out of control that it took me several hours over a few afternoons to eradicate the unwanted stuff—and that’s even with Leah volunteering to do slave labor one Sunday. (After 30 minutes of that, she remarked, “Did I ever tell you, you have A LOT of weeds?”)

But finally, I got to the point where I was able to fire up the garden sprinklers for 10 minutes to wet the ground, and the lay and staple down clear 3.5-mil plastic sheeting I obtained from Home Depot.

Will this method finally prevent future growth of weeds in the garden plot? Time will tell. I figure, next year I’ll remove the plastic barrier and in April start planting some vegetables. Then I’ll have the garden sprinklers set on automatic mode and I’ll see how many weeds pop up versus juicy edible veggies for salads and stir-fries.

What inspired some optimism is that on one 94-degree day in Fort Collins, I went out to the garden plot with a kitchen thermometer and plopped it into the ground. After a few seconds, this was its reading:

That should be hot enough to roast any seed. I guess I’ll know in a year.

In the meantime, I’m trying my darndest not to let the unkempt nature of the rest of the yard drive me to start smoking the other type of weed.

Good luck with the weeding project. We had a big problem with them before we re-landscaped. So far, no major problems over the past two years! ↩ Reply

Well done! You can also call it soil sterilization....because you are killing the weed seeds as well as a variety of beneficial insects, bacteria, nematodes and the like. You may want to top dress with some nice, ripe compost (to re-inoculate all the good creatures). For example, you can get sheep compost by the truck load from Cactus Hill, out near Windsor (I drive by on my way to band and they have hilarious Burma-shave style signs on the road - Slow down now - Prepare to coast - Turn right here - For sheep compost!).

Most of the yucky weed seeds you are dealing with need sunlight to germinate - so plant your veggies and then compost/mulch very deeply right away.

BTW - bravo on getting the garden cleaned out! Man, that was a lot of work. ↩ Reply