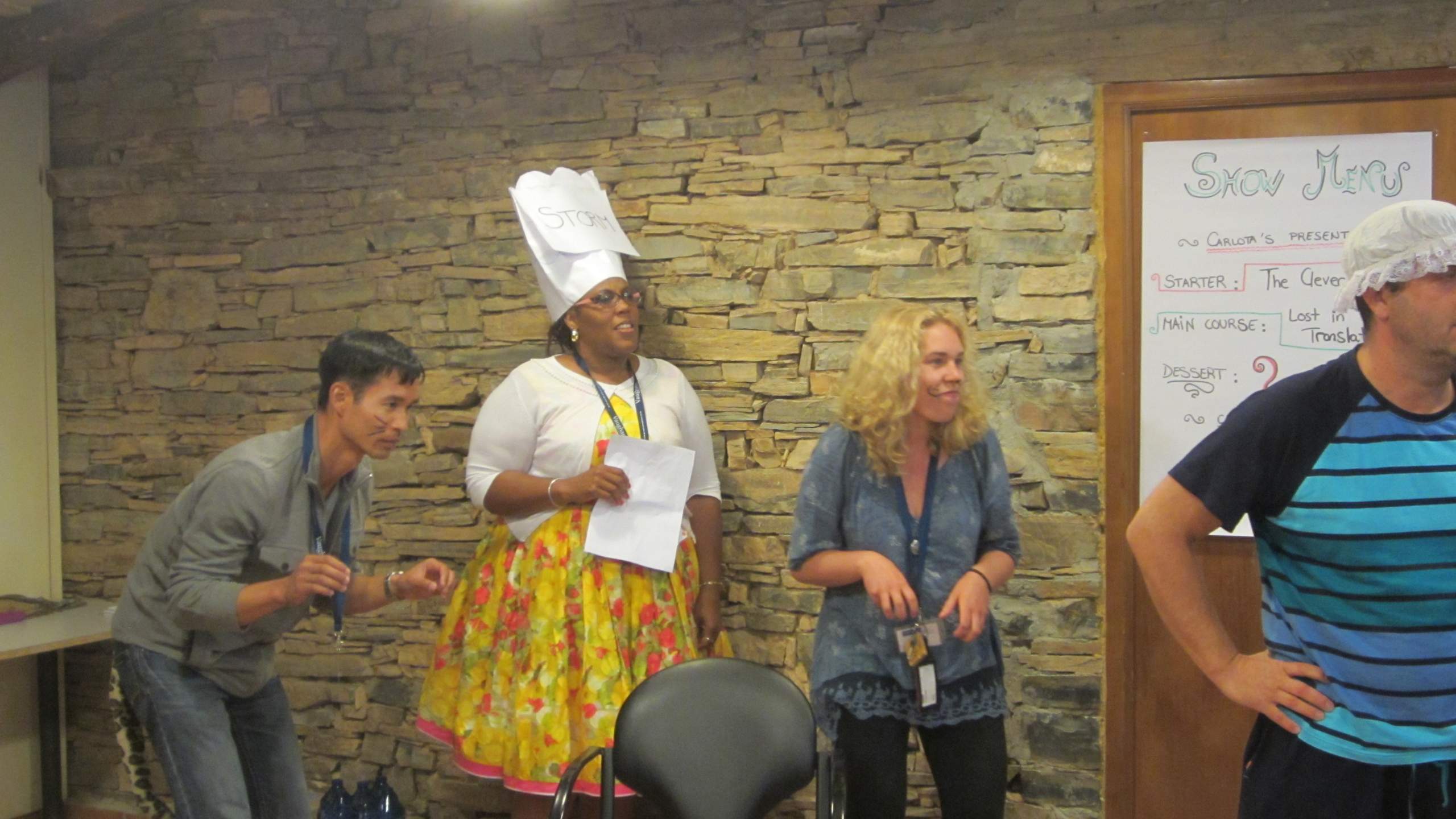 “Volunteering at VaughanTown,” proclaimed a member of my Spanish conversation group upon her return, “was the greatest experience of my life.”

These were powerful words considering the woman had upwards of 60 years of different experiences in her lifetime. So even though she had made that statement three years ago, I had always remembered it and added it to my life’s bucket list. And with our European trip ending in Spain anyhow, I had found a perfect opportunity to do it. All it entailed was booking a flight from Barcelona to Madrid, and of course securing a volunteer spot with VaughanTown (pronounced “von-town”) itself.

The latter almost did not happen. I submitted an online application almost immediately after booking European plane tickets about two months in advance, but there was already a waiting list for that week (and every week in August, in fact). Fortunately, after explaining my situation in the application, I was accepted almost immediately. Phew!

Getting to Madrid and booking hotels before and after the program was all I needed to do from there and VaughanTown took care of the rest, including transportation to and from the destination town of Valdelavilla. All meals and lodging were provided. Then, all I had to do was converse with Spaniards for, oh, 10 hours a day. The point of VaughanTown, you see, was to immerse Spaniards who were learning English in an English-only environment and provide them with about 80 hours of English practice, all in the course of six days.

What was a typical day like? This was the general schedule for the Anglophone volunteers (fondly referred to as “Anglos” or “Anglolitas”):

9:00 a.m.: Breakfast (a continental buffet).
10:00 a.m.-2:00 p.m.: One-hour one-to-ones (a one-on-one conversation with a Spaniard). Sometimes these were substituted with telephone conversations or conference call revolving around a given scenario, or rehearsal to take part in a play.
2:00 p.m.: Lunch (3-course meal consisting of an appetizer, entrée, and dessert).
3:15 p.m.: Siesta time—free time to nap or do anything he wanted, like read or surf the Internet.
5:00 p.m.: Group activity—sometimes an interactive performance by the VaughanTown Master of Ceremonies, or just a general meeting.
6:00 p.m.-8:00 p.m.: More one-hour one-to-ones.
8:00 p.m.: Theatrical performances (put on by the Anglos and Spaniards) and presentations (done by the Spaniards).
9:00 p.m.: Dinner (3-course meal again.)
10:30 p.m.: Often some sort of optional activity, like Trivia Night.

As you can imagine, it’s a pretty full day, but the time goes by fast. And for me, a volunteer, it was much like a vacation of just getting together with friends, chatting, eating, sleeping, and watching performances.

I even got to be an actor in a play for the first time ever: to play the role of a cat in a skit called “The Clever Man.” What a hoot!

In addition to giving the Spaniards hours of English immersion, I learned so much from them about Spanish culture. In another article I created a list of what I learned about living in Spain. I also felt I learned more about Europe during this week than the other five weeks combined during my European vacation.

In addition to this education and making new friends, the food was superb and the lodging not bad. There were some jokes made about the “rustic” accommodations in Valdelavilla (in fact, a whole skit that was hilarious was made about it during one of the group hours) who had been used to the five-star accommodations in other VaughanTown locations, but my room in Valdelavilla was at least as nice as some of the three-star locations I had stayed in France and Stockholm.

The area of Valdelavilla (population: 30) was also gorgeous. It was about 900 meters in elevation—about 600 meters more than Madrid—and surprisingly mountainous. A couple days, Spaniards Javier, Jorge and I went for a 50-minute run. The terrain and steepness of some of hills we ran up and down on would have caused severe ecstasy for some of the Fort Collins Trail Runners. One night I even went on a solo stroll underneath the stars, which were invisible during most of my European trip due to the extreme light pollution of the big cities, but clearly shining out here where there was basically nothing.

At the end of the week—which went by super quickly—I, like the member of my Fort Collins Spanish group, was also thinking that this was one of the best experiences of my life. I would absolutely love to do more things like this during my vacations, which not only helps to contain costs, but adds an element of purpose, comraderie and service.

I’ll be doing this again for sure.