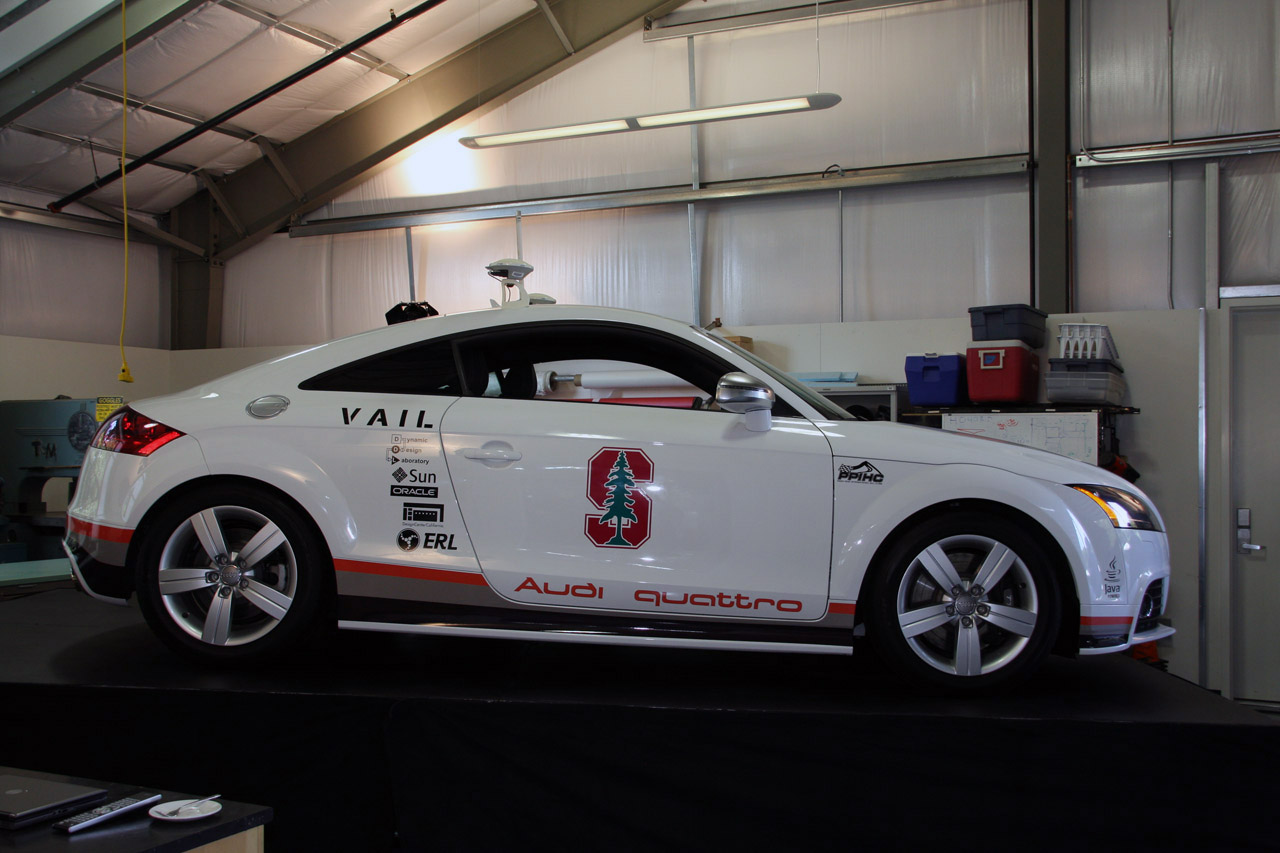 I grew up watching Knight Rider, studied at Stanford University while pursuing a degree in Mechanical Engineering and working on the Stanford Solar Car, and currently drive an Audi TT dubbed Teeter. It brought a smile to my face, then, to see Shelly—Stanford’s autonomous Audi TTS—on YouTube ripping up California’s Thunderhill Raceway at 120 MPH with no human intervention required.

Here’s the video that has been making its way around the Internet. I think it was produced around August 2012. Supposedly, Shelly clocked times close to professional race car drivers. While has yet to pull a Deep-Blue-over-Garry-Kasparov-type feat, it is probably safe to say it can already navigate a race track better than most of us.

Or could it? In the video above, it doesn’t seem to be getting within inches of the apexes as professional human drivers would.

Still—despite being a driving enthusiast—I look forward to the day when a “Shelly” can shuttle us around while we, say, nap in the car. Right now prognostications point to the year 2020.

Update February 13, 2015: According to The Telegraph, Shelley was able to beat a “beat a race car driver for the first time.” Presumably, the amateur race car driver (CEO of Thunderhill) was decent, which would make this a real achievement. By mimicking what race car drivers would do when a vehicle is at its limits, researchers hope to improve autonomous vehicular safety on, for example, icy roads.