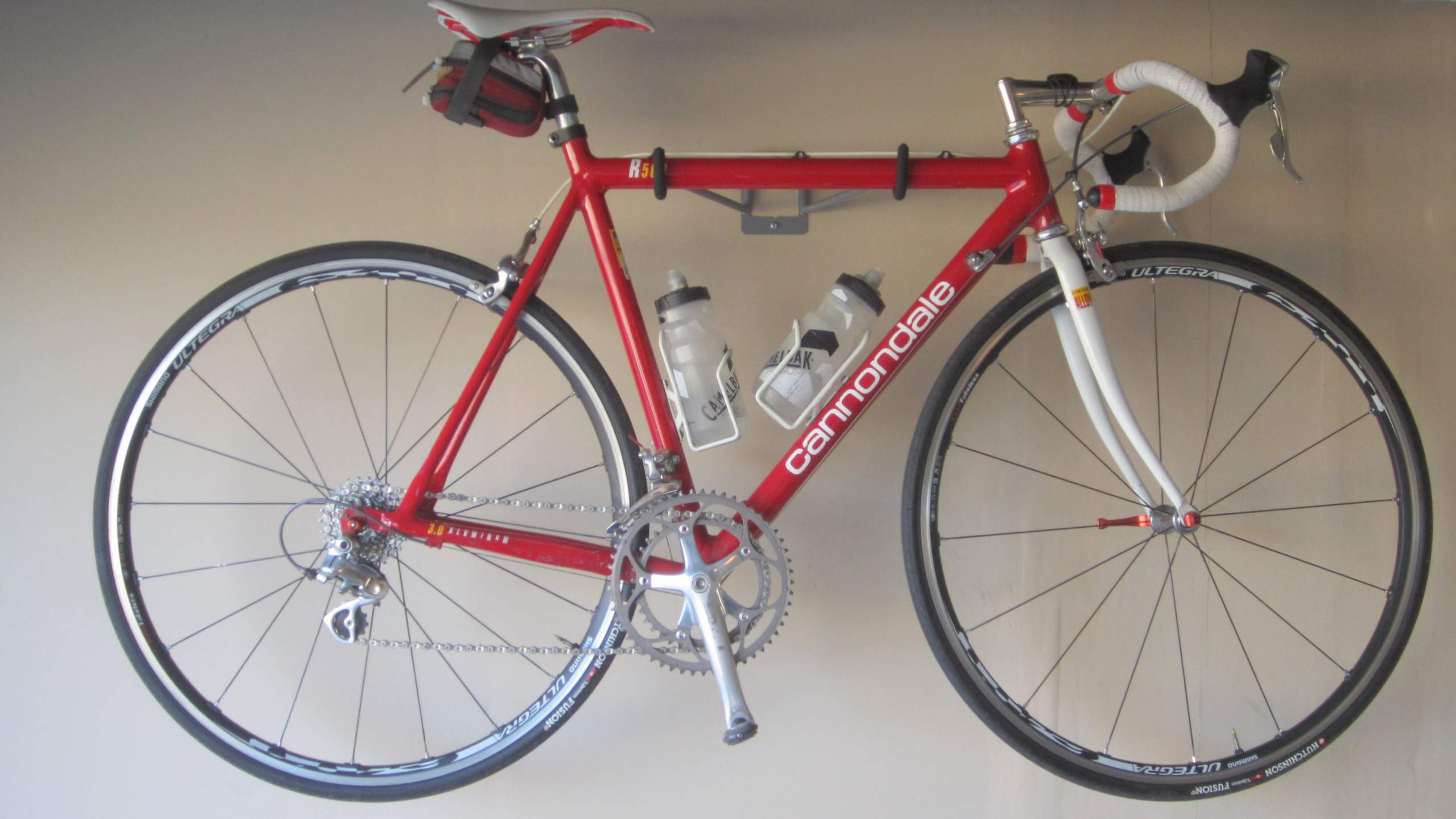 After last year’s flat tire inducing 200-mile adventure and the 20th anniversary with my Cannondale 3.0, I promised that I would get Canny a few new upgraded components. It ended up taking a while, but now that cycling season is back into full-swing, I have fulfilled that resolution: Canny now has a new saddle and tubeless tires. So in addition to being comfier than ever, she also weighs 1.1 lbs. less.

In fact, at 17.9 lbs. (with pedals but sans accessories such as water bottle cages, the Italian Road Bike Mirror, Garmin Edge cyclometer, etc.), she is slightly lighter than Cannondale’s $2150, 18.1-lb. Shimano Ultegra-equipped CAAD10. (Actually, Canny may be much more than 0.2 lbs. lighter, as I am pretty sure the 18.1 lbs. for the aforementioned CAAD10 was without pedals.) Note bad for a bike a couple decades older than her state-of-the-aluminum-art brethren of the 2010s.

Below is how those weight savings were achieved. Canny now only weighs 3.0 lbs. more than the carbon fiber Super Bike that she hangs out next to in the garage.

*Weight savings are based off comparison to her components during September 2010-April 2014.

A Note About the Saddle

Specialized’s original anti-ED Body Geometry Comp saddle was so comfortable that I used it for the last 15 years, and even temporarily put it on my mountain bike for the 2,700-mile Tour Divide in 2008. The saddle is holding up—albeit with some cracks and wear on the leather—but I thought it was time to get a new saddle.

I ended up getting the latest and greatest Body Geometry saddle called the Specialized Romin Evo, which represented 14 years of research and iterations. I got the titanium-railed Expert Gel version in 143mm width, which weighs only 225 grams. Happily, it was available in white to match Canny’s fork.

I would say this saddle is even more comfortable than the original Body Geometry Comp! So much that I got the Super Bike the carbon-railed Pro version in black, which weighs only 165 grams!

Cranky the mountain bike ended up inheriting the Body Geometry Comp saddle. Now all my bikes have really comfortable seats.