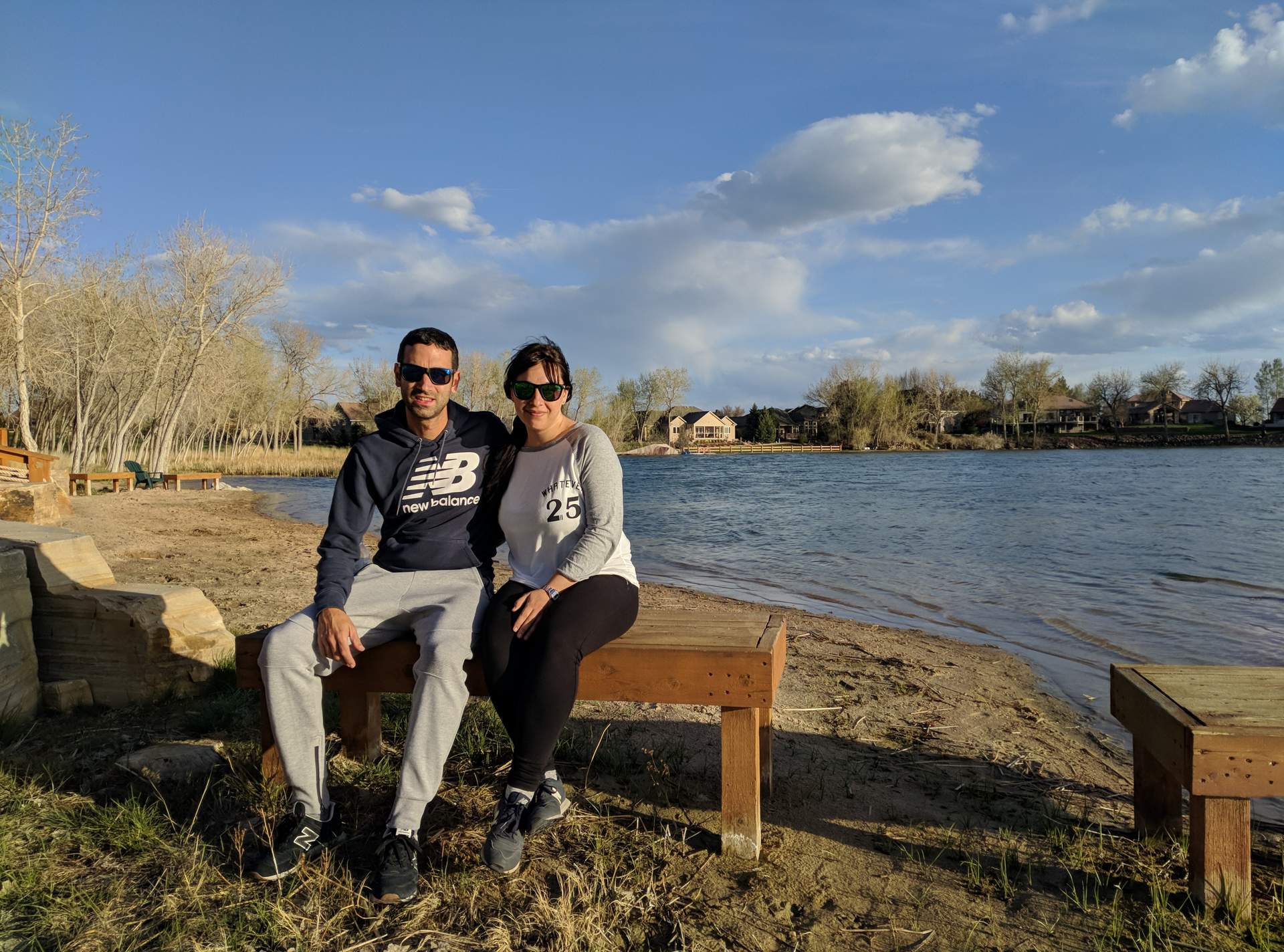 Let me tell you that there is an even more effective method for honing your foreign language skills than jetting over to a country abroad and immersing yourself in its culture. Try hosting a couple friends who don’t speak your native tongue so that you are conversing in their language for the entirety of their stay.

That was my conclusion after spending almost an entire week with my friends Antxon and Vicky from San Sebastián, Spain, in my hometown of Fort Collins, Colorado. After five or six days, Spanish was rolling off the tongue much more like water than during the week I was in Barcelona, Valencia and Girona back in March. Even my friend Manuel (originally from Córdoba, Spain) concurred: he thought that after only a few days of total immersion with Antxon and Vicky that my Spanish seemed to have improved. Certainly, I had learned (and remembered) more words from my friends than from, say, ordering paella on Pi Day in Spain’s second-largest city. Words like prorroga (overtime period, as in hubo cuatro prorrogas en el partido entre los Nuggets y Trailblazers) or rocódromo (rock climbing wall, like voy de escalada con ella en los rocódromos).

It helped that so many of my friends speak Spanish too and most of our get-togethers that week were conducted in español. Even during the rare occasions we met up with English-speaking friends, I got plenty of practice translating for them.

But to back up: How did I meet Antxon and Vicky in the first place? And why were they visiting Colorado for a week?

The second question is easy. Antxon wanted to run the Colorado Marathon, which has 1200 feet of elevation loss and therefore is quite “fast.” (Not as speedy as you might think, though.) He and his wife Vicky had never been west of Chicago before and always wanted to visit the Rocky Mountain State. Plus, they wanted to visit me! Of course, I was delighted to see them too.

The first question is a little more complicated. But it is a pretty good story.

Three years ago, Antxon was preparing to run the Chicago Marathon. A popular thing among Spaniards is to represent a club during a race, and since Antxon had not already belonged to a specific organization, he looked for a running group in the U.S. to join. Somehow in a web search, he came across the Fort Collins Running Club’s website.

He liked the FCRC’s inclusive spirit—and its logo of a tortoise and hare—so much that he wrote to the club (in English). He wondered if folks living, oh, 5000 miles from Fort Collins could nevertheless join the FCRC and buy club gear to wear in the marathon. Also: could the clothes be shipped to his hotel in Chicago?

As FCRC webmaster, I saw his message and jumped at the chance to correspond with a bona fide Spaniard. I wrote back, in Castellano (what we call Spanish), “It would honor the club very much if you wore our jersey in the Chicago Marathon. If you do, I’ll buy membership for you!”

Sure enough, Antxon purchased club gear, which Sport About (the FCRC’s local supplier) shipped to his hotel in Chicago. He then wore a blue singlet sporting a white FCRC logo in not only the 26.2-miler in the Windy City, but also in races in San Sebastián, other towns in Basque Country, and even Manchester (UK)—all while spectators cheered and shouted at the top of their lungs, “Go Fort Collins!”

When Antxon’s first year membership came up for renewal, the FCRC board voted to perpetually extend his membership each year as long as he continued to trot around the world wearing the club’s memorabilia. After all, he doesn’t even live in Colorado and cannot reap the club’s membership benefits, yet he was doing all of this free advertising for us! In essence, Antxon had become the club’s de facto International Ambassador.

When I went to Spain in 2017 to walk the Camino de Santiago, Antxon even picked me up from the San Sebastián airport and let me sleep at his home, where his wife Vicky prepared a scrumptious dinner of Spanish tapas. The next morning, Antxon drove me to Irún—a small town on the Spanish/French border—where I officially started my 600+ mile camino.

Of course I was more than happy to return the favor when Antxon wrote in late 2018 saying that he and and his wife intended to visit Fort Collins for a week in May 2019 and that he wanted to run the Colorado Marathon. [Race report] Antxon registered for the race and flew over to Denver with Vicky using their own funds. Then they stayed at my place during their entire visit and got to meet more than a dozen of my friends, including several fellow FCRC members.

One thing that surprised Antxon and Vicky were all the people in Fort Collins who spoke their language. “All your friends speak Spanish!” they said (in Castellano) towards the end of their trip, being fully aware of the stereotype that Americans only speak English. Kudos to all my amigos norteamericanos who dispelled the following joke:

Antxon and Vicky also mentioned how this was a much different experience than their previous visits to the U.S. During this trip, they got to converse with so many Americans and learn about their lives and culture, as opposed to merely trying to buy food or merchandise in broken English.

Of course, their visit was equally delightful and beneficial for me, as it provided over 50 hours of Spanish practice without having to step outside my home state. It is also fun to get to show foreigners your hometown! I can’t wait to see my two friends from San Sebastián again; perhaps next time in Basque Country.

These are some of the things we did during the visit: