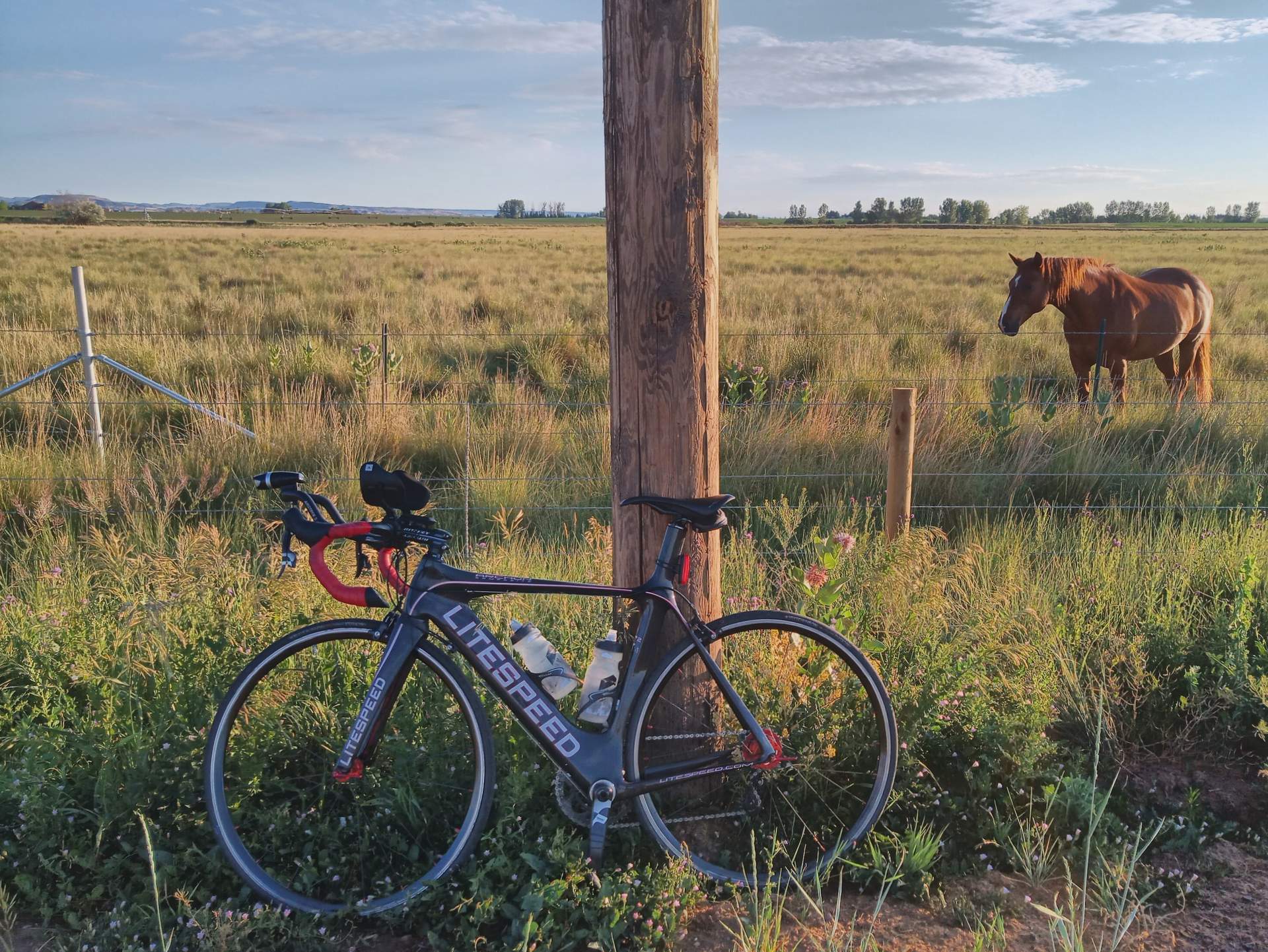 I’m trying not to make this a birthday tradition. But looking back, I have done some really epic bike rides on the anniversary of when I was born.

There was, for example, the 1999 Terrible Two Double Century, which is one of the most notoriously difficult—as in crazy hilly and hot—rides in the U.S. It was made even harder by having the fever and the flu, but I gutted it out to become the youngest person ever at the time to complete the California Triple Crown Stage Race.

Then there was the day during the 2008 Tour Divide Canada-to-Mexico mountain bike race in which I woke up at 4:50 a.m. to bike across the tree- and water-less Great Divide Basin, only to bonk badly and make it to Rawlins, the armpit of Wyoming, just before dark. I had a Hostess Twinkie and a “candle” fashioned from a Twizzlers licorice stick for a mini birthday cake.

In 2015, I found myself doing another self-supported cross-country bicycle race, but this time going from Oregon to Virginia in the Trans Am Bike Race. The initial stretch goal was to finish on my birthday, but after getting Shermer’s Neck, that idea went out the window. By that day, I was still in Kentucky and woke up on my birthday in a damp bivvy sack underneath a picnic table outside a gas station, having slept there overnight during a torrential rainstorm. I recorded one of my lowest-mileage days of the race that day as I encountered yet another deluge later in the evening.

Compared to those rides, this self-supported double century was bound to be pretty unremarkable. Well, except that it happened in the backdrop of one of the most society-stopping events of the last 100 years, that being the coronavirus.

In fact, the coronavirus did impact the route planning. So as to not have to stop by convenience stores or other public facilities and be troubled with wearing a mask to resupply on food and water and take a potty break, I planned on stopping by my house multiple times. This meant not venturing outside a 25-mile radius from home.

While this might sound about as boring as driving around an oval field 500 times, let me assure you it was not. One reason was the weather kept things interesting. There were roughly two hours in the early afternoon when it was raining, but not hard enough to make visibility or comfort a big issue.

Secondly, it was fascinating to spend a whole day exploring my own area along with neighborhoods I’ve only visited a few times before. There were several things around town that had changed that I did not know about due to being cooped up in the house so much since the initial stay-at-home orders in March.

Speaking of Old Town, I stopped by this area, the heart of the city. My first impression was “woah, there are a TON of people out here!” But that impression was likely due to not seeing people for months and that most restaurants had put out additional outdoor seating, almost all of which had butts on them.

In fact, judging from this photo I took of Old Town Square, it was not crowded at all.

After turning around for the last time in Timnath and started heading north on Timberline, I was ready to congratulate myself—particularly after 195 miles ticked off on the odometer, enough to legitimately count the ride as a double century already. It looked like I was easily going to make it home before 8:00 p.m., my original time target.

On cue, that’s when I heard a horn blaring. Train.

Pre-lockdown, trains were the bane of my existence. I was encountering a train several times a week; sometimes several times a day. Trains are such a problem in Fort Collins that one year, I voted for a mayoral candidate simply because his entire platform was based on “doing something about those darn trains.” (He did not win.)

Not only do they have to blare their horns at ear-splitting volumes, but they are often moving at a snail’s pace or, worse, moving forward and backwards while obstructing intersections. Sometimes they are just completely stopped with a only few train cars beyond the intersection of the tracks and road. Here is an example of one from a few years ago:

The train I encountered on this day would be the first one I’ve seen since early March, thanks due to staying at home. It was stopped with only seven train cars beyond the intersection.

But since I was not on a strict schedule, I viewed this more as an opportunity to stretch and get the heart rate down than as an inconvenience or annoyance. A good 10-15 minutes elapsed before the train started moving again.

And that’s when it started hailing.

Fortunately, the hail lasted only 30 seconds before giving way to intense rain and wind. I rode the rest of the way home in these conditions while laughing about the absurdity of it all.

File this ride away as another birthday epic after all.

My first 200-miler was the 1996 Davis Double Century. Since then, I have completed at least one double every single year. This ride extended that streak to 25 years.

Now I’m hoping to extend that streak another 25 years. If I can stay healthy, I see no reason not to. Be well everyone!