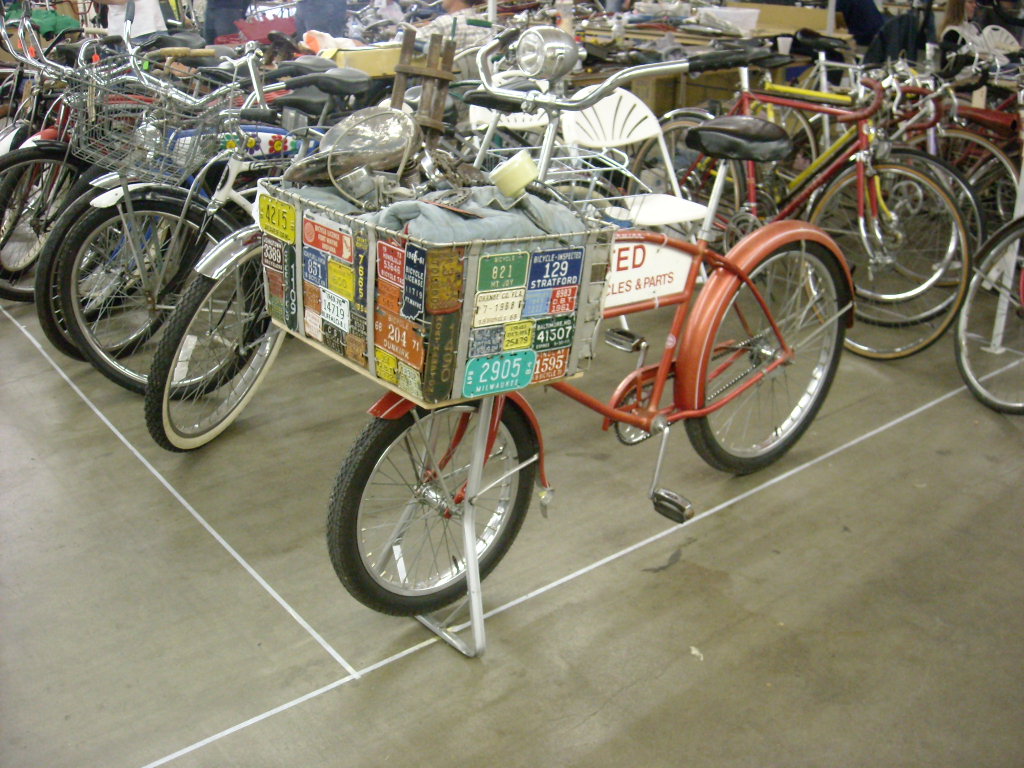 I was in Denver for the second time this month. This time, however, it wasn’t to see airplanes, but rather… bicycles!

Yes, it’s that time of year again when Veloswap—the country’s largest bicycle swap meet—rolls around. In addition to seeing all things bikes, I was hoping to land some gear. Cranky the Cannondale, after all, is still in pieces months after the Tour Divide, waiting to be rebuilt with parts used to replace several worn or broken ones.

I was hoping to find an 8sp cassette, chain, MTB chainrings, bar ends, saddle bag, bar bell, and perhaps some ultralight wheels and a white leather saddle (for Canny). I did manage to find a few of these things, including:

The rest of the time I admired the numerous bicycles there, including antique, randonnée, recumbent, 29er, and time-trial bikes (among the usual conventional ones). I did lament the lack of interesting presentations or celebrities; e.g., no Fossil Fool, the “world’s only bike rapper,” this year.

Oh well, it still was fun.