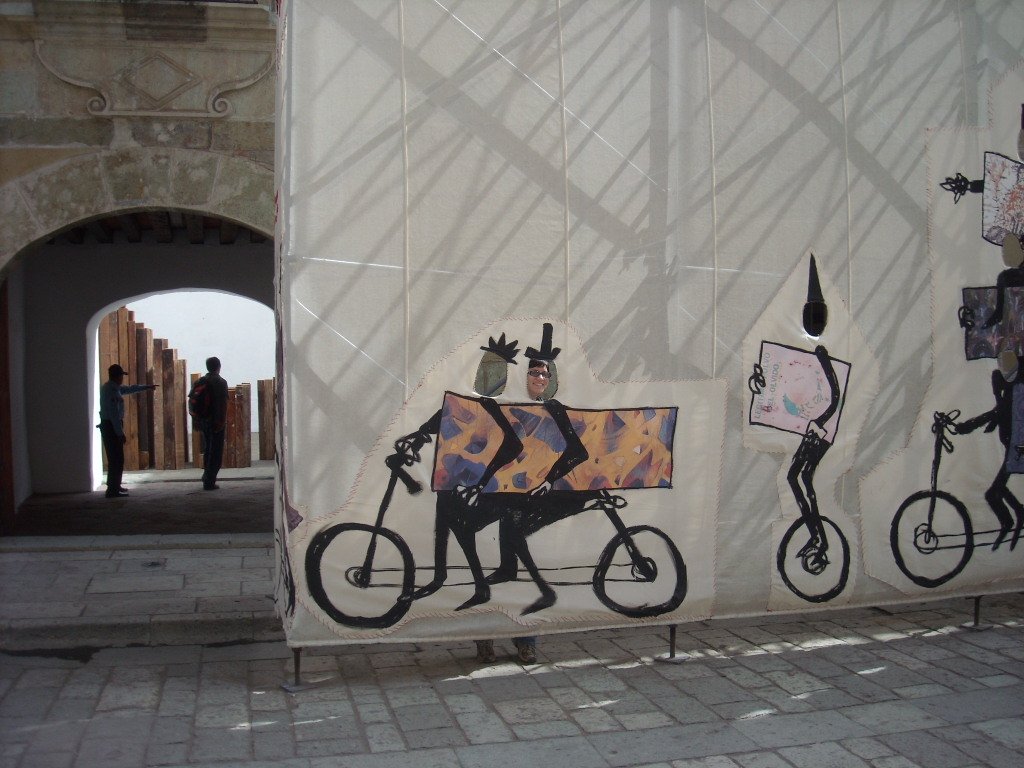 It seems like every time I’m in a foreign country I get ample use of my legs, and Mexico already has not been an exception. But this time instead of chasing after a villainess on a bicycle or eluding other shady characters, it was for a more typical reason: to make a connection flight from the Mexico City airport to the city of Oaxaca de Juárez on time.

Why Oaxaca? I was looking for an out-of-country destination to vacation in over the holidays in order to maintain my annual foreign-country streak and practice español, and my former adventure/hiking pal Sarah invited me to join her on a week-long trip to Oaxaca. She would even do most of the planning and all I’d have to do was book my tickets and meet her in Mexico. I especially appreciated this because I was so busy with things to do in Fort Collins that I finished getting ready only a minute before a shuttle arrived at my house pick me up to bring me to the Denver International Airport.

Fortunately, my Denver to Mexico City flight arrived on time but I still had under one hour to go through immigration, customs, check-in (to receive a boarding pass) and then baggage inspection. I breezed through immigration and customs, but receiving a boarding pass seemingly took light-years so I had to sprint to baggage inspection and assertively barge in at the front of the line while speaking rapid-fire Spanish. Then I bolted to the gate where people were already boarding the plane.

“Felix!” exclaimed a familiar voice. It was Sarah who’d also have the same flight from Mexico City to Oaxaca after traveling since morning from California. We had about three minutes to catch up before getting into a mini-bus that took us to our puddle-hopper propeller jet, but of course we’d have a lot more time to catch up after the plane landed.

We then took a shuttle to our hostel in Oaxaca City, arriving at 11:00 p.m. So we are now in the colorful and tranquil city and will be hanging out for the next eight days. If all goes well I will be posting photos and stories on a regular, if not daily, basis.