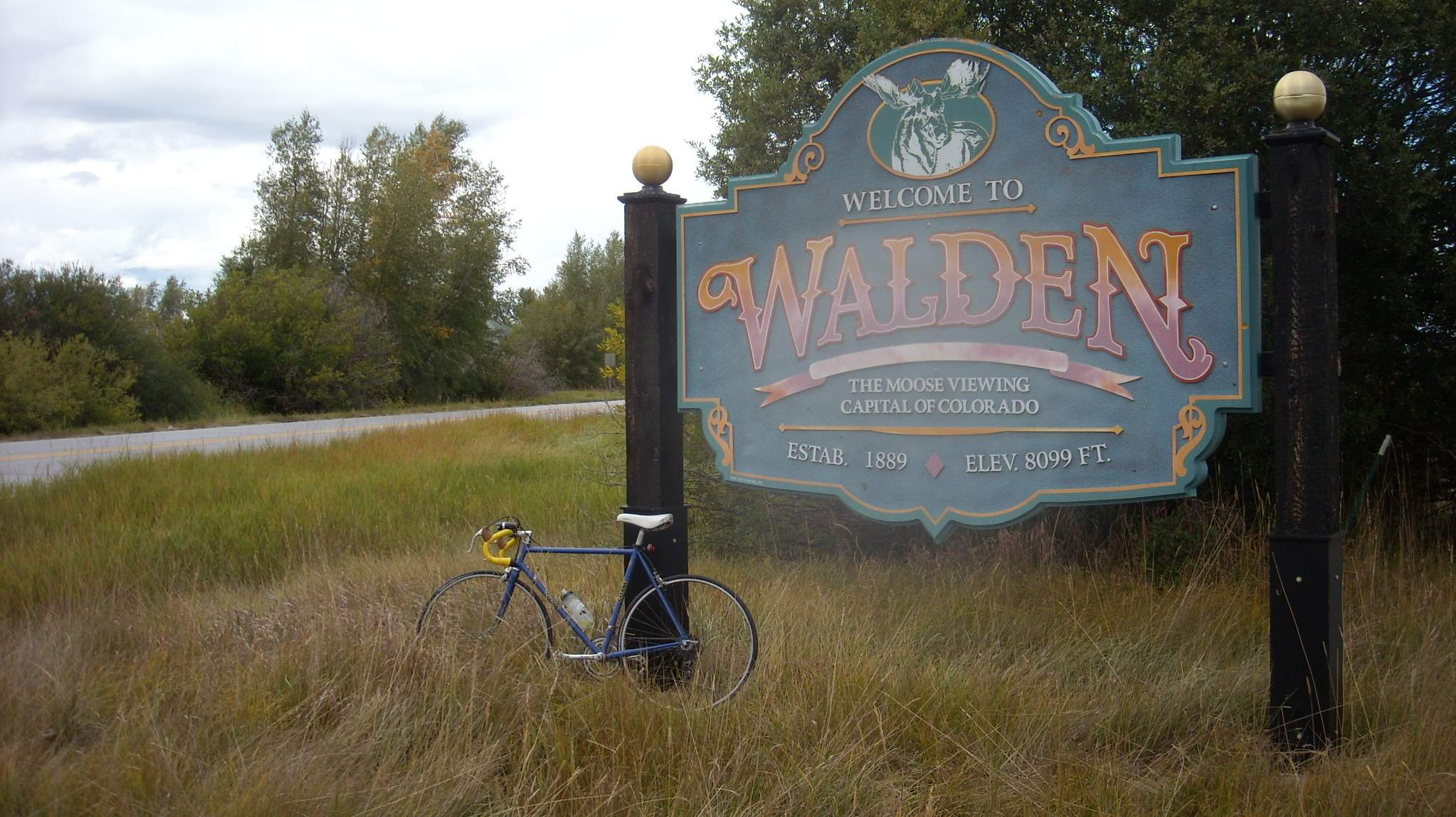 “All endeavor,” wrote Henry David Thoreau, “calls for the ability to tramp the last mile, shape the last plan, endure the last hours toil. The fight to the finish spirit is the one characteristic we must posses if we are to face the future as finishers.”

I tried to keep this in mind while I retraced the route of what has become one of my all-time favorite bicycle routes, that being from my doorstep in Fort Collins to Walden and back: a distance of just over 200 miles. I first did this ride in 2009 on my trusty Cannondale 3.0, but this time I’d do it on 1983 technology, that being a 1984 Gitane Criterium. With lugged steel frame, toe clips and straps, downtube friction shifters, six-speed freewheel (which just days before I had swapped to a 14X30 for lower gears), and 32-spoke wheels. Thoreau was my inspiration not just for his wisdom and the destination of Walden, but also for his ideals of simplicity.

So simple, in fact, I don’t have much to write about especially since nothing went wrong aside from starting 1.5 hours later than I had intended. The weather was good aside from a short rain storm, and traffic the entire way was decidedly sparse.

The bike felt wonderful, my legs felt fine, and I was never in danger of bonking (although I did have a preemptive 12-ounce can of Pepsi in Walden, more because it was refreshing). I felt like I stopped more than I did two years ago and was riding at a more leisurely pace, but in fact, it only took five minutes longer than in 2009 when I was using more modern technology.

The conclusion I came to at the end of the ride was that despite all the advances in cycling technology in the last 28 years, they make little difference in performance and it basically comes down to the rider.

Another thing I concluded was similar to another tidbit of wisdom of Henry David Thoreau. “I have learned,” he wrote, “that if one advances confidently in the direction of his dreams, and endeavors to live the life he has imagined, he will meet with a success unexpected in common hours.” Indeed.