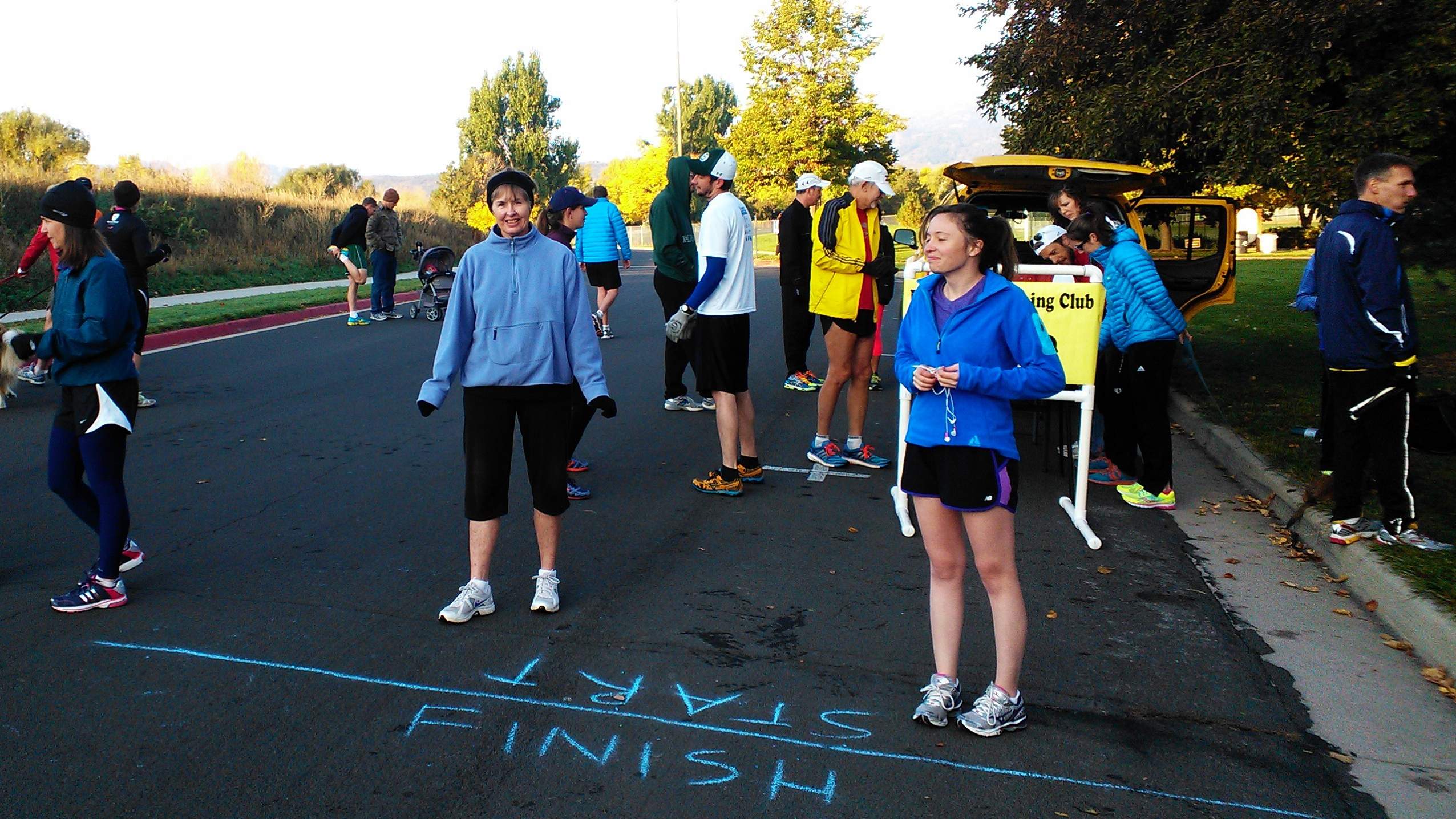 Nine months. That’s how long it’s been since I’ve done a running race this year, which is probably the longest dry spell I’ve had race-wise since moving to Fort Collins eight years ago. My last two races (the Fossil Creek 5k and the Mercedes Marathon) were also only memorable in that they were two of my lamest performances since the Oakland Raiders got walloped in their last Super Bowl. And of course, no races meant lower motivation to train, which could explain why my longest run since then was a 4.9-mile run in the mountains of Valdelavilla, Spain with a couple of Spanish VaughanTown participants.

This race, therefore, would be a good test of how much fitness I’ve lost during the months of sloth. The weather conditions were perfect for it too: sunny, windless, and a good-for-sprinting 40-degrees at the start.

Basically I spent the whole race trying to stay within myself, with a minimum of wasted arm motion, good form and decent turnover of the legs (at least 180 steps per minute). I started 16 seconds back (per computer-calculated handicap) back on sixty-something speedster Steve Santana, and paced off him virtually the entire way. Not that I was intentionally trying to—I was actually trying to reel him in, but ended up only gaining 13 seconds on him when the race was all said and done.

Turns out each of us must have slowed a bit in the second half when I look at my splits. I was breathing fast and while Mr. Crampy never got hold of any particular muscle, I felt like I couldn’t go any faster. I just had no gears and not the cardiovascular capacity that I once had.

To underscore my asphyxiation, at the finish line I couldn’t properly do math, and calculated my overall pace at over seven-minute-per-mile pace. This was disheartening considering that I once ran a whole marathon at 7:00/mile pace, and this race wasn’t even a tenth as long!

Fortunately, when I got home my Texas Instruments scientific calculator set me right, and it turns out my pace was 6:52/mile. Phew! That’s about 28 seconds/mile slower than in July 2007, but not a complete disaster. I feel like a bridge can be built over that gap with reasonable training, e.g., regularly practiced sprints and intervals.

And motivation. Good thing I have a couple races scheduled for November, otherwise I am sure I would be back to my sloth-like self.